Last night The Kooks played the Baths Hall in Scunthorpe. The show was sold out with fans still trying to get last minute tickets from social media.

We arrived at the Baths to a full bar and an already packed auditorium. We had front, side balcony seats for the show. I have never sat up there before but it is a very good view, although maybe a little close to the speaker, which I paid for afterwards with the ringing in my ears, but well worth it.

The floor below was a sea of people packed in, all trying to get the best view. The hype and excitement radiated up from the lower ground floor to the surrounding seating on the above levels. There was a good mix of ages in attendance. Just proving the Kooks are a very likeable band for everyone.

Before the band played a white satin curtain dropped front of stage so what happened behind it was hidden for the changeover from the support to The Kooks. The lights in the auditorium dropped and the lights behind the stage got brighter, the shadows from behind the curtain, 10 foot tall band member silhouettes held their instruments in waiting, to drop the curtain and reveal the band behind. The crowd went wild with anticipation of the curtain being dropped and when it finally did the crowd started bouncing, with their hands in the air.

The band played a few of their old hits, a few I’d never heard and a few new ones. Their new song is pretty much what you would expect from them. Good rhythm and catchy melody. Luke’s vocals were brilliantly polished and the whole band sounded even better than on any recorded media I’ve ever heard. The bands stage presence kept your eyes on them, especially the frontman Luke’s dancing in his high waist trousers and shiny shoes. 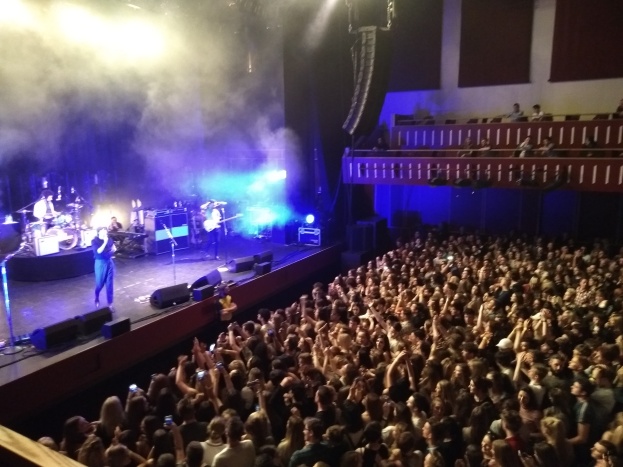 My first memories of hearing The Kooks would be from the old Baths Hall at the Rock Nights back in the early 2000’s, a classic tune for the DJ to spin would have been the 2006 hit Naïve, You don’t know me, She Moves in her own way or Ooh La. So it was great to be there when the band finally played my hometown, it was a reminiscent night of those familiar tones bouncing off the walls of the Baths once again but this time live and definately a lot more sober.

The band managed to get through over 20 songs from various albums they have released and we were even treated to a little acoustic set from the frontman in the form of “Seaside”.
The sound quality was top notch, beautifully balanced for the best sound and the lighting, although a little blinding at times, really made the show that bit more special to look at. The crowd below never seemed to lose their enthusiasm too much, even on the slower and more unknown songs they still gave it some good crowd effort. The event staff had quite a job on trying to keep people off shoulders and safe but as far as I know no one got hurt and everyone had a good time. Large mosh pit type circles formed throughout the crowd at times, yeah I wouldn’t have thought you could really mosh to The Kooks either but apparently you can, maybe just not quite as violently as some heavy rock/metal.

I really wish the Baths would introduce more music gigs like this as there’s no other show there that produces such an electric atmosphere. More big bands would be brilliant and the price for these tickets wasn’t bad at all for the experience you got.

All in all a great night seemed to be had by everyone, no one seemed disappointed and people really enjoyed throwing plastic cups, I don’t really get that but hey if you enjoyed doing it. The band were very professional when it came to interacting with the crowd and handling a stray cup hitting them mid song, so well done to them and well done to all the staff who helped make the show what it was. 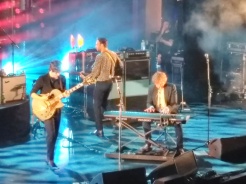 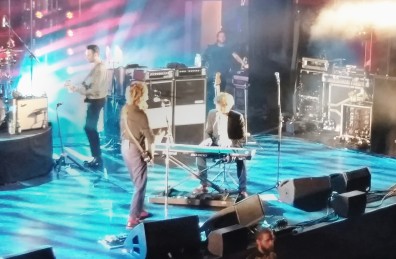 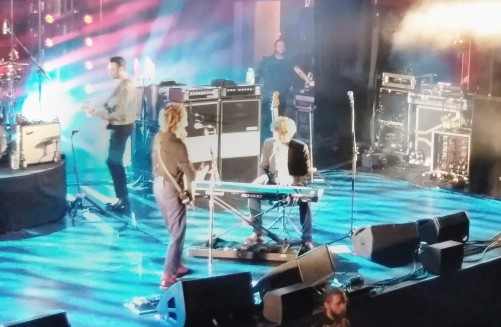 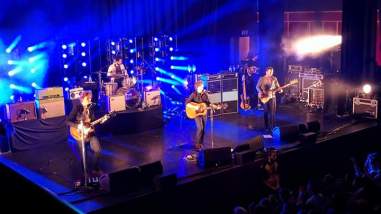 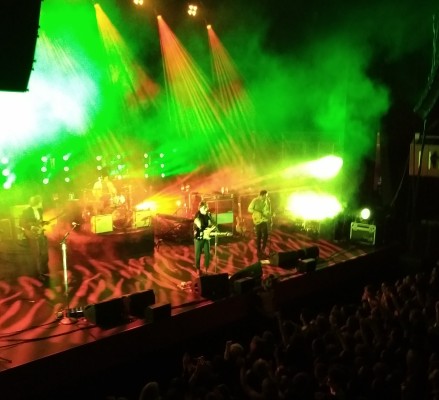 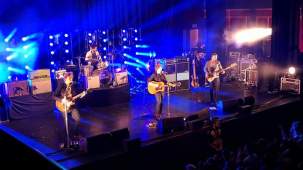 Did you attend the show, what did you think? Let us know via facebook comments under the article. Or did you get a really good photo you want to share with us?

The next big name gig at the Baths Hall is KT Tunstall, so if you have tickets to that. Enjoy 🙂