As ever – John will begin the show with a song, performed on his amazing Yamaha organ with built-in auto-accompaniment!

Yes indeed, “Sheffield’s funniest man” (The Independent) John Shuttleworth is “back” – after a well-deserved home DIY sabbatical of three whole years! The versatile singer/organist and verbal rambler extraordinaire will be taking to the stage once again in 2020 for a full UK tour. Starting on 21 January and heading through the entire country until May, tickets are on sale now from http://bit.ly/JSTourDates.

Despite ongoing back issues following years of strenuous DIY and playing the organ while perched upon a multi-pack of Diet Sprite in his garage with no lumbar support, Shuttleworth – ever the trouper – will brave the stage to regale audiences with an evening of his classic compositions, plus brand new songs and hilarious ‘back’ stories, pausing only to reapply his deep heat rub!

About returning to the stage, John Shuttleworth says, “I’m quite excited. I’m not leaping into the air about it though, obviously… I don’t want to do my back in!”

December 22nd, 2019 sees a welcome return of the much loved ‘fly on the wall’ sitcom, ‘The Shuttleworths’ on BBC Radio 4, voted “the 26th Best Radio show ever” in a recent Radio Times poll. There is also a brand new book by “The 42nd best reason to love Britain” (The Telegraph) ‘TWO MARGARINES and other Domestic Dilemmas’. Released in April 2020 by renowned music publisher Omnibus – the first John Shuttleworth book in over 20 years will be available for fans to buy exclusively at shows throughout the tour.

Actor/musician Graham Fellows has a long history of creating lovable characters and his first – Jilted John – reached number 4 in the UK charts in 1978 selling half a million copies. Graham was also behind “The Forest Gump of Rock” Brian Appleton who appeared in a variety of stage and TV shows and enjoyed two series on BBC Radio 4, plus Goole based concreter Dave Tordoff who delighted audiences with his very special brand of humour.

Graham recently appeared as himself on BBC TV’s ‘Celebrity Mastermind’, toured the UK in his stage show ‘Completely Out Of Character’ whilst releasing a critically acclaimed album of heartfelt indie-folk songs – ‘Weird Town’.

John Shuttleworth meanwhile, guest-starred in an episode of BBC TV’s ‘Count Arthur Strong’, and motored around Britain with Wayne Hemingway in ‘Celebrity Antiques Roadshow’, as well as winning ‘Pointless Celebrities’ and the coveted Pointless Trophy. 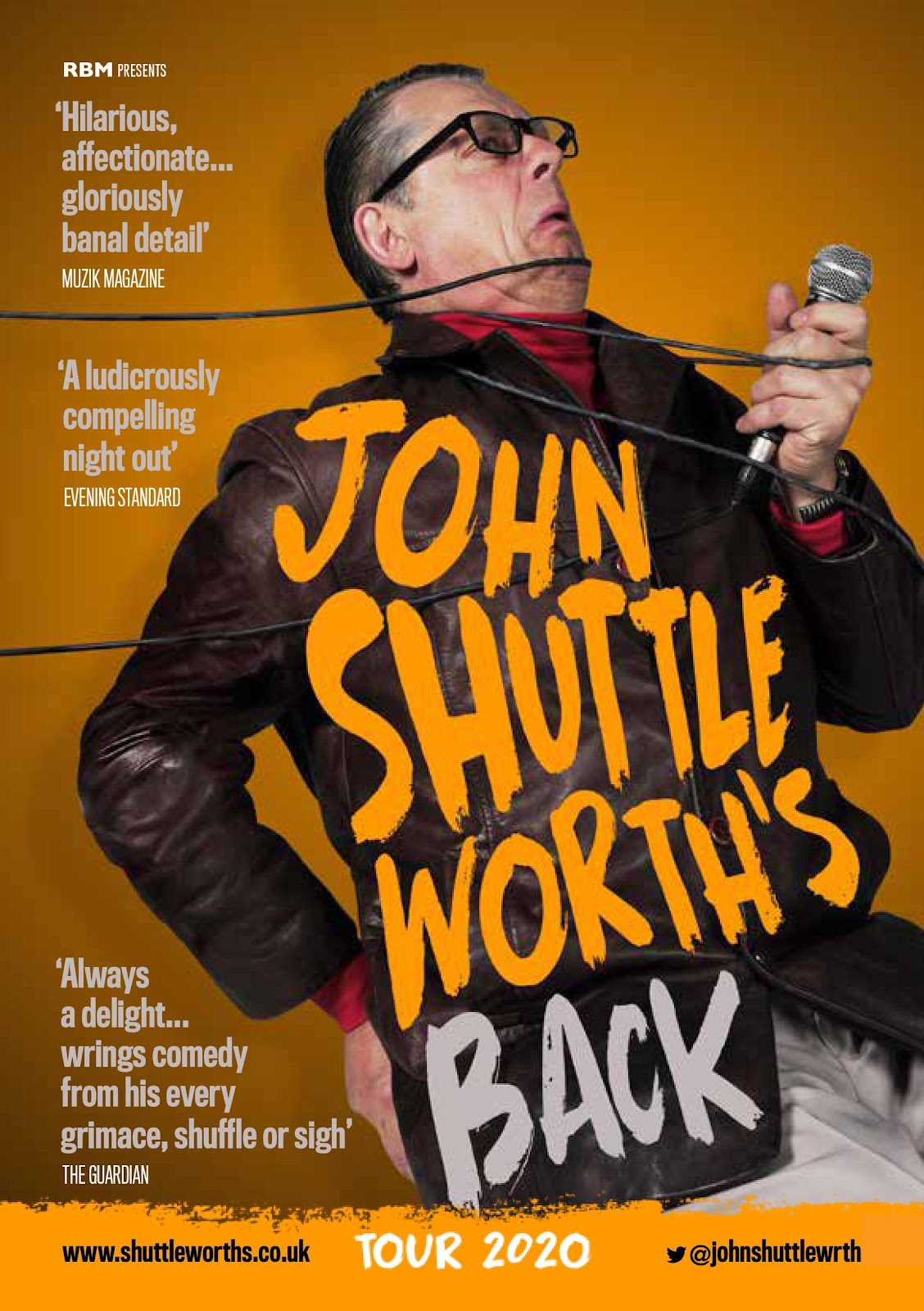