The Lincoln Imp in association with Crown promotions and Management present another night of entertainment with two local bands Johnny and the Rocket and WeirdWolf with headliners the tribute band Nirvana UK. 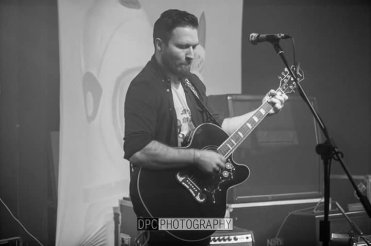 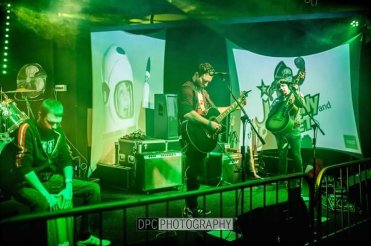 Johnny and the Rocket
Brilliant set from this 3 piece band, giving you a twist of rock and pop. Johnny Bolton on rhythm and vocals, Dan Senior on lead guitar and vocals, and on Cajon drum Daryl Griss, which gave an interesting variation on an acoustic set of drums. Played covers of various bands started with Proud Mary included Israelites,
Master blaster, California Dreaming and finished with the cover of Rag N Bone Man song Human. 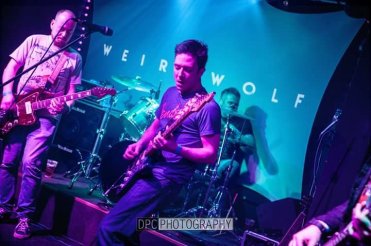 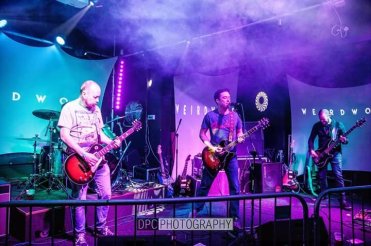 Weird Wolf
A local Scunthorpe band describing themselves as a Dirty filthy rock band playing their own original songs.
All members of the band have previously played with other bands but came together a few years ago to reform as WeirdWolf.

A great from them with the Songs included in the set Gods and Kings, Goose, Fake Black,, but started with Big Dogs……. and ended with Spooky Druids. 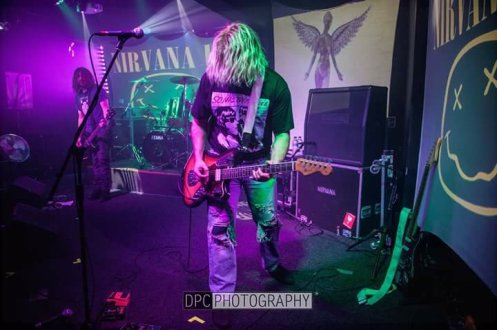 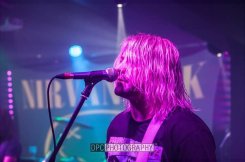 Headliners Nirvana U.K.
Europe’s premier Nirvana tribute, 3 piece band, from Birmingham. Hailed by Total Guitar, as one of the best Nirvana tribute bands they have ever heard.

Nirvana UK are a Touring Nirvana tribute band that are based in the west midlands and are formed of die hard Nirvana fans who love nothing more than re creating Nirvanas live music, their look, for other fans. The band strive to be as close to the real deal as possible. Including the same clothes, instruments, effect boxes, drums and pre amps that the band used, to ensure they re-create the distinctive Nirvana sound.

The band is made up of :

Nirvana UK’s sets include the whole spectrum of Nirvana’s live and studio catalogue with an energetic driving performance by Jon on drums…..
They kicked off with Drain You swiftly followed by Aneurysm and many more. They played for well over on hour, left the stage and then returned to play to more tracks as an encore namely Heart Shaped Box and finished with Territorial.
But unlike the original band they did not have the standard Nirvana style anarchy and abuse of gear at the conclusion of this show.
So if you like Nirvana, or just want to re live your youth, this was the band to see.

An enthusiastic crowd enjoyed the set with Some of the crowd getting over excited and spilling beer and little scuffles started which the door staff soon sorted out.