Dirty Sterling played for the final time on Saturday 13th May at The Lincoln Imp in Ashby.

The show kicked off with support from Lost Trends and Oddity Road. Both support bands were good but it really went off when the room filled up for the band everyone had turned up to see. People had come from all around to see this gig and booked hotels to stay over just to catch DS for the last time.

Talking to a few of the fans, it seems Dirty Sterling have had a big impact on people who have followed them or been to their previous gigs. People seem to share some great memories and meetings, brought together by the music.

Dirty Sterlings set list is well known to pack a punch, there’s not one song of theirs that doesn’t get a crowd reaction or sing-a-long.

Throughout the years they have been going there’s been a few band member changes with original members Mark Donaldson and Jonni Mcgrath sticking with it. The final gig was a chance to bring back some of the old members on stage to play a few final songs. The crowd reactions were mixed, when I say mixed, I mean some were rather emotional with even some tears through the audience.

The atmosphere of the night was brilliant as the Dirty Army are never too shy to get involved. It’s always sad for fans when a band split and go their separate ways but this was probably one of the best send offs the band could have wished for. Time seemed to fly by and even though they played a lot of songs it didn’t seem to last long enough for everyone so there was obviously an encore.

Best of Luck to the lads in wherever they go or whatever they do on their future paths. Who knows maybe we’ll see a reformation and a new project somewhere in the future…. 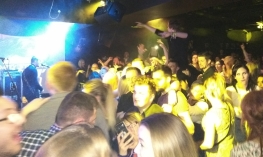 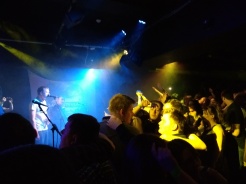 The bands tracks are still available online on most music platforms.