The Lincoln Imp in association with Crown Promotions and Management present another brilliant night of entertainment featuring headline act Michale Graves (ex singer with the Misfits) with support from Blueprints from Leeds and Local bands 76 Calling and Matt Hercock & The Invisible Band.

Starting the evening was Matt Hercock a dark comedy artist based in Scunthorpe, played an acoustic set along with drums and bass guitar. His original songs appeared to be mainly about sexual encounters, included “Now I’m dead”, “the C word”, “Love Bug” and finished the set with a love song. This was my particular favourite, “My little Gnomio” Matt singing while there was a dancing gnome on the screen behind him.

Followed by 76 Calling a Scunthorpe based classic punk with a bit of ska band. Lead singer came on stage in which appeared to be in a drunken state but in true punk style screamed and shouted his way the set which started with “For You” , “Warhead”, “Neat, Neat, Neat” to name a few the crowd where joining in with them. Cool Bass playing and brilliant lead guitar and of course held together with kicking drums. They finished their set with “New Rose”. 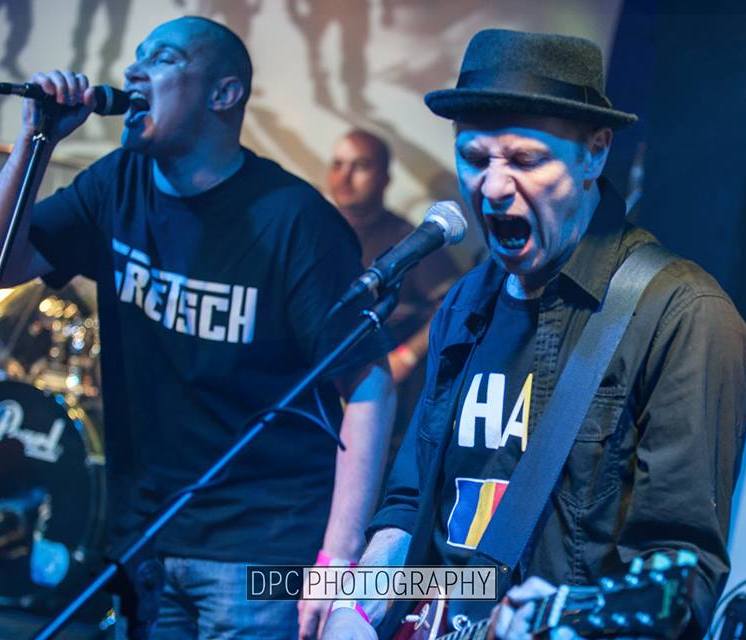 With another change of cymbals and snares, Blueprints from Leeds took to the stage. Lee, Steve, Glenn, and Dean. Four piece band recently reformed from other bands and are putting together their first video. They have played in Scunthorpe before many years ago with different bands at The Brumby Hotel back in the day. They played original pop punk tunes starting with “Back Four”, and others were “Moving on”, “Yesterday” which they said a tribute to the Beatles, and finished with “Friends”. They seemed to have well received by the crowd.

Another change of drum bits and pieces and guitar tuning while the eager crowd expectantly waited for the headliner Michale Graves to come to the stage. His first time in Scunthorpe and tonight was the culmination of his 17 day non stop tour of the country and then they were flying back home to America the next day. 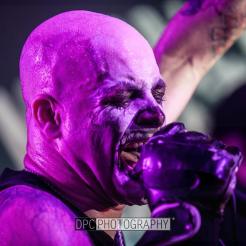 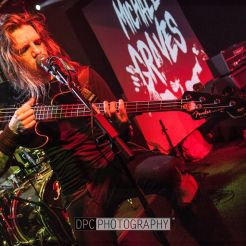 Michael Emanuel, better known by his stage name Michale Graves, is an American singer and songwriter. He is most well known as the lead singer for the 1990s re-incarnation of the Misfits from 1995 to 1998 and again from late 1998 until late 2000.

Michale Graves himself to take to the stage, accompanied by his band. From the off, the pace is relentless as is Michale himself. He seems completely unable to stop moving. If he isn’t bouncing slightly, he’s jumping high into the air, or moving around the stage and this infectious enthusiasm that transports well over to the crowd. The crowd moved forward eagerly and reacted raucously to each song. Michale told me “ we tell a story with every song throughout the set and the songs segwayed into the mix”
Michale takes the time to thank everyone for coming and introduces the band. After a few minutes of explaining about his love for the crowd and how they have helped him in the past, they proceed into another Misfits track in ‘Descending Angel’, before the show closer ‘Dig Up Her Bones’ brings the loudest cheer of the night from the enthused audience.

Michale has lost none of his vocals over the years and still shows the ability to pick a good set, changing between solo and Misfits songs and getting a good reaction to everything. The set seems to have lasted ten minutes, instead of the hour it actually lasted, such was the blistering pace. At the finish, he even came straight off stage to stand by the merch table and happily chatted with every single fan who waited behind, getting pictures and signing stuff.

What was good about tonight was the way each of the bands supported and encouraged each other. Another great night from Will Nicklen, Lorraine Briggs and her team.

Images of the bands available on Facebook DPC Photography Scunthorpe.