Mark Donaldson the former lead singer of local favourites Dirty Sterling decided to set up a gig to celebrate the anniversary of Dirty Sterling’s first gig.

About 5 years ago, Dirty Sterling performed their first ever gig, which led to them quickly gaining a cult following locally and far and wide, which became known as “The Dirty Army”.

Even BBC Humberside presenter David Burns became a great fan of theirs.
Some of the bands highlights included headlining and supporting some big name acts at Party in the Pines, Tramlines Crystal Stage and a one off performance on the roof of the Lincoln Imp just to name a few. Unfortunately, nothing lasts forever and the band split up in 2017 but their music lives on through the stereo speakers of fans.
A busy room was treated to a great night of acoustic music from local musicians including Stuart Jeans, Ashley Palmer,four piece band Hollow Doors, Mark Donaldson & Jonni Mcgrath.

Stu Jeans,  Is a passionate songwriter and musician. The crowd chanted the words to his well known tune “No Way, No Way, No Way”. He has some nice vocals to go with his lyrics. I think we can probably expect to see more from him on the solo acoustic circuit.

Next up was Ashley Palmer, who never seems to be far away from a Dirty Sterling gig even though he now lives in Manchester and is working on new projects, he came back for a little support slot. Ashley’s inspiration comes from 90’s Britpop and it’s quite apparent in his style and his music.

Hollow Doors are relatively new to the local music scene but they have been popping up on gig slots across the town so I’d seen their name a few times. Everyone seemed pretty impressed by them and were all singing along to classics like Roxanne by the Police. They warmed the crowd for the main event of the evening nicely.

So the main reason everyone had turned out that night to the Lincoln Imp was to see was Mark & Jonni from Dirty Sterling.

Now although it was an acoustic gig it was anything but tame. With the Dirty army chanting their names, reciting the lyrics they had the crowd singing and dancing from the opening note and screaming for more. Although there wasn’t a full band playing and it was down to the two lads, they did a good job of making a full sound fill the room.

“The Dirty Army” loved every moment and were glad for the opportunity to hear the DS tunes live once again.

Hopefully this won’t be the last fans see of Dirty Sterling and maybe they can hope for a full gig reunion someday. Most of the guys are working on new projects now. Jonni belongs to a band The Voques, Mark is working on solo stuff and a few of the other older members are in new bands or onto new paths. I think one of the main things that stand out at a DS gig is the atmosphere. All in all everyone seemed to have a good night. 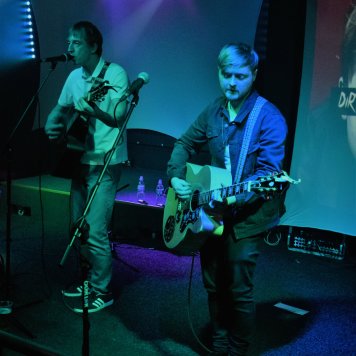 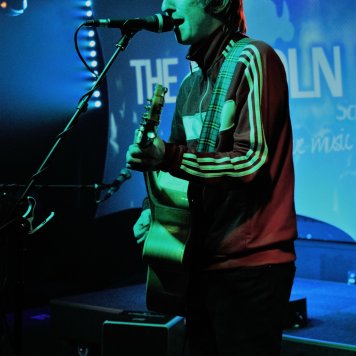 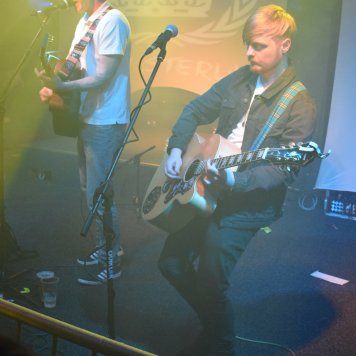