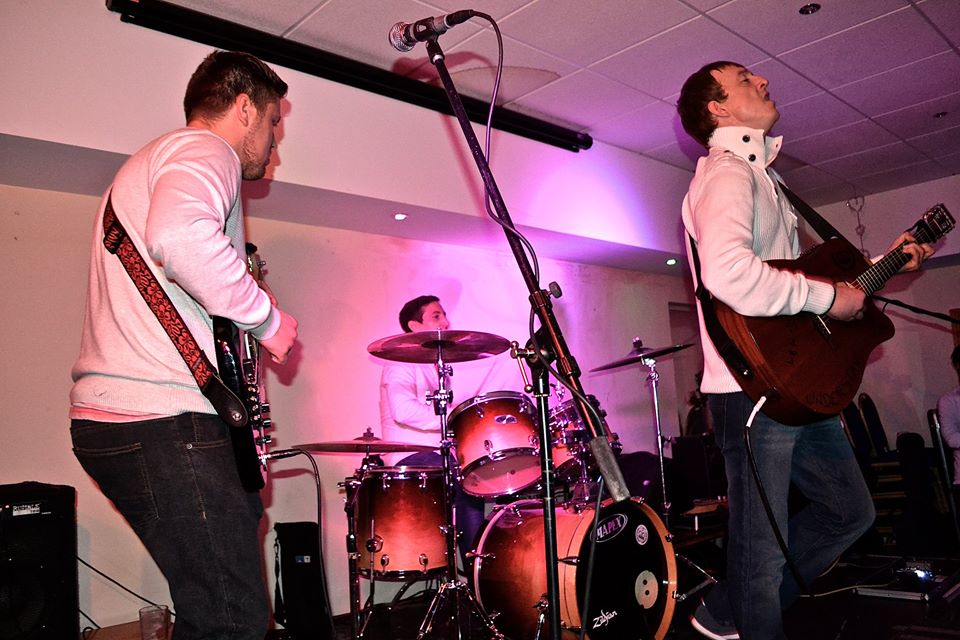 The gig itself was one to be anticipated because it was the band’s first appearance fresh out of the studio, hence the title “Post Studio Party”. The Dirty Sterling lads had their work cut out for them following the buzzing reaction after their performance at Party in the Pines earlier in the summer, and the sold out event confirmed that expectations were high.

Both support acts, The Harrowbrooks and Scarlett & Saffron, did a great job of warming the audience up and their indie Rock ‘n’ Roll guitar rifts left a lasting impression.

The headline band Dirty Sterling opened with the hit ‘Why Don’t You Talk’ and from then on out, Dirty Sterling had the audience in the palm of their hand. The crowded environment meant that the euphoric mood of several die-hard Sterling fans became infectious and within minutes, everybody was on their feet dancing.

Lead singer and front man of Dirty Sterling, Mark Donaldson showed passion and charisma, which really reflected on his performance. A characteristic of DS that most fans appreciate is the fact they are real and down to earth people who play honest and music people can relate to. They made a point of this on Friday by going on stage, playing their music and then leaving the stage to socialise with fans. Nothing pretentious.

A highlight for me was definitely the song ‘Understanding Man’. Everyone had an arm around each other and it felt as though the lyrics spoke out to everyone there. The atmosphere nailed a spectrum ranging from energetic dancing to emotional swaying. The gig as a whole was one to remember and the proud sense of community this local band achieved was a pleasure to be apart of.